Of all of the weapons of mass deception used by the billionaires, Teach for America, more commonly known as TFA is probably the strangest. TFA recruits recent college graduates, gives them five weeks of “training” and then ships them off to inflict their lack of training on innocent and often very young students. The real purpose of TFA, like all of the other weapons of mass deception is to rob tax payers of billions of dollars and rob children of their future. This fifth chapter is divided into four sections:

5.1 Why Replacing Real Teachers with Fake TFA Teachers Harms Kids
5.2 How TFA Harms Real Teachers
5.3 We Should Not Use Student Test Scores to Fire Teachers
5.4 If You Can Not Measure It, Does It Still Exist?

We begin by looking at the harm fake TFA teachers inflict on children. We then describe the harm TFA inflicts on real teachers and real schools. We then look at another weapon of mass deception used to fire teachers called “Value Added Modeling” or VAM. Finally, we debunk another false claim used by billionaires to fire teachers – namely the claim that having an advanced degree in education or child development does not benefit children. 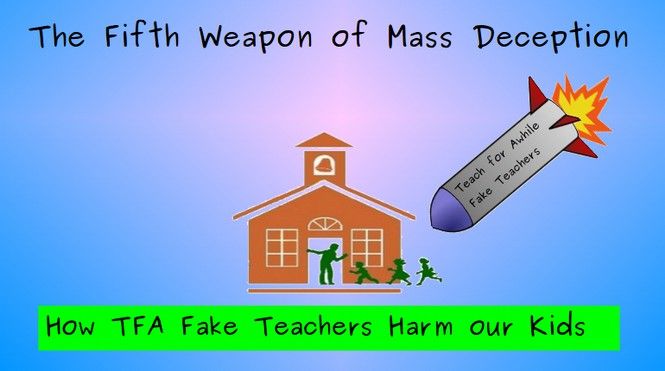 In our last chapter, we looked at how a billionaire funded fake online school called K12 INC and run by Wall Street gamblers harms millions of students in the US every year. In this article, we will look at another billionaire funded scam called Teach For America (TFA). Of all of the weapons of mass deception used by the billionaires, TFA is probably the strangest. TFA recruits recent college graduates, gives them five weeks of “training” - which is really nothing more than a five week pep rally - and then ships them off to school districts nationwide to inflict their lack of training on innocent and often very young students. Just imagine being operated on by a doctor with only 5 weeks of training. It is simply not possible for anyone to learn how to be an effective teacher in only 5 weeks. 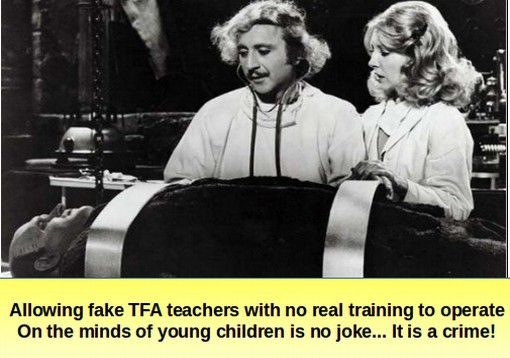 Within months, many honest TFA recruits quit, leaving the students without a teacher. As with everything else in the corporate raider ed reform scam, using fake teachers is “designed to fail.” It really does not matter to the corporate raiders that the TFA recruits quit or if students taught by TFA recruits do poorly on math and reading assessments. All that matters is that this scheme, like Common Core high failure rate tests, charter schools and all of the other weapons of mass deception makes hundreds of millions of dollars for those pushing this snake oil medicine.

The Real Goal of Teach for America is to Bust Teachers Unions
Why would billionaires promote a scam that replaces real teachers who have 5 to 10 years of training with fake teachers who have only 5 weeks of training and typically last less than one year in a classroom before quitting? Why would school administrators waste hundreds of millions of dollars training, paying and replacing thousands of fake teachers when the cost of hiring real teachers is much less? Certainly part of the plan is to make money. TFA makes hundreds of millions of dollars. However, there appears to be another more sinister motive at work. It appears that TFA is being used as a weapon to destroy the teachers union and to destroy teaching as a profession. Why would billionaires want to destroy the teachers union? Perhaps some billionaires see all of the money they could make replacing teachers with computers and computer software. But it is more likely that billionaires see teachers as a threat to their entire privatization plan. It is harder to manipulate teachers with corporate propaganda than it is to manipulate parents. Get rid of the experienced teachers and no one will be left besides already busy parents to oppose privatization of public schools. 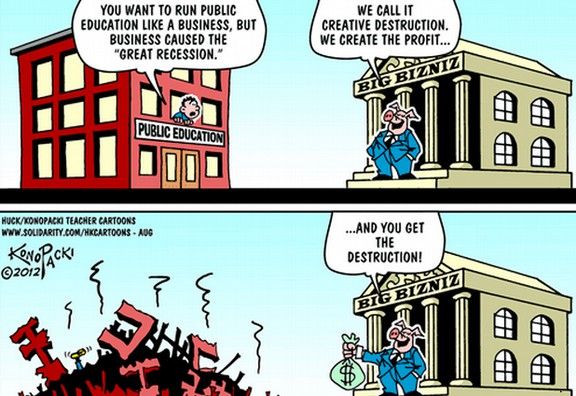 It is therefore important for both parents and teachers to be aware of the drawbacks of TFA. We will begin with a brief review of the history of this TFA scam and then look at its current harm on our students and public schools.

In this section, we will look at the harmful effect that TFA and teacher bashing have had on real public school teachers.

How TFA Busts Teachers Unions... The “First Placement” Policy
The alliance between TFA and charter schools is cemented by an arrangement that few people know about outside of TFA. The teacher placement policy of TFA explicitly states in bold letters, “It is our policy that corps  members accept the first position offered to them.” The result of this policy is that TFA recruits have no bargaining position to negotiate wages or benefits, meaning that whatever offer a school makes, the TFA recruit must accept it. The “first placement” policy means that TFA can guarantee charter schools a constant supply of new teachers each year who have no choice but to work for wages and benefits far below those negotiated by the local teachers union at traditional public schools in the same area. While a first year salary for a teacher at a traditional unionized school in Chicago is approximately $45,000, the starting salary at many of TFA’s partner charter schools is nearly 30 percent less at $32,000. 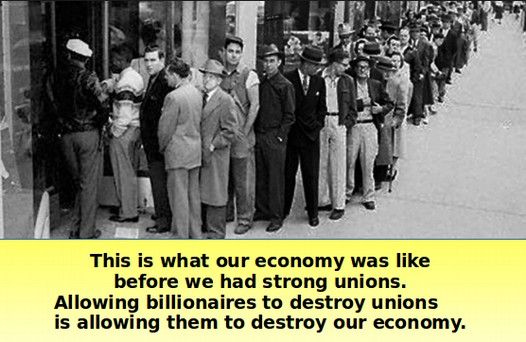 Churn and burn is the business model for these schools, and TFA provides a continuous supply of naive young workers who have no choice but to accept their lot. Furthermore, this constant churn of fake TFA teachers who possess zero experience can’t possibly be good for the academic or social-emotional development of students who often have little stability in their lives.

In this article, we will look at a weapon of mass deception called Value Added Modeling – which is one of the favorite scams being used by billionaires to unfairly rate and then fire teachers. The reason this topic is so important is that Arne Duncan has insisted on using this method to evaluate and fire teachers all across America – and many states are already using VAM to fire teachers!

There are numerous flaws with the using VAM to fire teachers:
First, VAM scores are unfair to teachers working with students from lower income families. Students from higher income homes gain the most on high stakes tests because they did not have to deal with outside problems like living in a homeless shelter. So VAM results in firing teachers in high poverty schools.
Second, VAM scores are not reliable. Because students assigned to any given teacher have backgrounds that vary greatly from year to year, the value added number assigned to a teacher varies greatly from year to year. A teacher rated as one of the best one year under VAM is likely to be rated one of the worst teachers the next year.
Third, VAM scores are not an accurate measure of student learning. High stakes multiple choice tests only measure very low levels of knowledge – like rote memorization of useless facts – rather than a true ability to solve problems. Fourth, VAM scores vary dramatically depending on the test given to the students. Value added modeling assumes that the students were given a fair test that gave them a fair chance of passing the test. As we have shown in previous articles, Common Core tests are not fair in that they were deliberately designed to fail two thirds of American students even though American students, when adjusted for poverty, do better than any other students in the world.
Fifth, many teachers teach subjects that cannot be measured by a test. For example, it is impossible to measure a music teacher or an art teacher based upon student test scores on music and art. This does not matter that much to Ed Reformers since they want to get rid of music and art anyway.
Sixth, more than 80 research studies have concluded that using VAM to fire teachers is unfair and unreliable.

To better understand the ridiculousness of Value Added Modeling, we will take a brief look at all six of these problems.